THERE IS NO DEATH WHEN WE PUT OUR TRUST IN HIM

Because Easter is the most important feast in the Christian calendar, even more important than Christmas, the Easter season continues on for 50 days, through the Ascension of Our Lord to Pentecost Sunday, seven full weeks after Easter Sunday! 50 days to contemplate the joy that Jesus brought,  the hope for a better life with Him. The hope that we are not on our own to muddle through this mess we’ve got ourselves in.

When we surrender to the grace of God, He will help us. This doesn’t mean that pain will end, that problems won’t come, that death won’t touch us. But THAT EVERYTHING ON THIS EARTH WILL PASS. Everything that GOD HAS PROMISED WILL COME TO US. EVERYTHING with God’s stamp on it will be easier to endure, easier to cope with, easier to resolve.

Isn’t that why God gave us His Son Jesus, to lead us all to the Heavenly Father???? That’s where God wants us, that’s where we belong with our Father in heaven.

So, I say, shake off the blues, sorrow, hopelessness and believe in the one who is greater than this world and everyone or everything in it.

I can’t understand why many don’t aspire to this? It’s not that the alternative is better, it might leave you with some instant gratification but then comes the aftermath- the self pity, regret, hurt and destruction that the sin first enticed you with.

As St. John Chrysostom reminds us .. “Christ has destroyed death, and now is the feast of faith.”

JESUS, I TRUST IN YOU 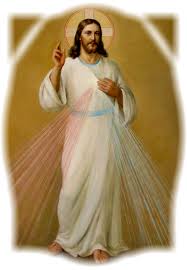 Holy God, Holy Mighty One, Holy Immortal One, have mercy on us and on the whole world. (Repeat 3 times- traditional catholic prayer)

Eternal God, in whom mercy is endless and the treasury of compassion — inexhaustible, look kindly upon us and increase Your mercy in us, that in difficult moments we might not despair nor become despondent, but with great confidence submit ourselves to Your holy will, which is Love and Mercy itself. (traditional catholic prayer)

REDEEMED BY JESUS – OUR PASSOVER LAMB

Lamb of God who takes away the sins of the world, have mercy on us 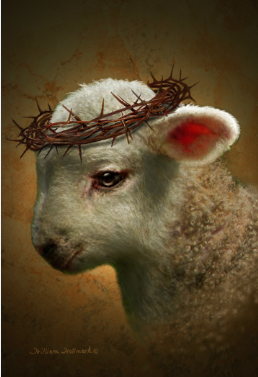 H appy are those who believe

A lways pray and stay close to Jesus

Y ou, He sacrificed and died for

A lmighty power of Jesus Christ

S atan couldn’t stop Him or defeat Him

T rust in the Lord

A HAPPY, JOYOUS AND PEACEFUL EASTER IN CHRIST, TO ALL

Please read this as if Mary of Magdala were saying it

and to be so painful

to leave me weeping

to have met you, alive and smiling, outside an empty tomb

not because I’ve lost you

but because I’ve lost you in how I had you –

not as fully Lord, but as graspable human.

I want to cling, despite your protest

cling to your body

cling to your, and my, clingable humanity

cling to what we had, our past.

But I know that…if I cling

you cannot ascend and

I will be left clinging to your former self

PRAYER:- Spirit of Jesus fall afresh on me and give me a heart of joy, peace love, wisdom, knowledge, understanding, patience, kindness, self control  honesty and truth.

Today as I went to the Good Friday church service, this ancient hymn brought me to tears……(see words below-The Reproaches) They are the words of Christ crying out to His people for the injustices they showed Him after all the wonders God had performed for them. (Jesus being one with the Father)  Which one of us hasn’t felt or said these words at some time or another? Does this not show Jesus’ human nature?                          (taken from (Catholic Worship Hymn book 2)

My people, what have I done to you
How have I offended you? Answer me!

I led you out of Egypt,
from slavery to freedom,
but you led your Savior to the cross.

For forty years I led you
safely through the desert.
I fed you with manna from heaven,
and brought you to a land of plenty; but you led your Savior to the cross.

What more could I have done for you.
I planted you as my fairest vine,
but you yielded only bitterness:

When I was thirsty you gave me vinegar to drink,
and you pierced your Savior with a lance.

For your sake I scourged your captors
and their firstborn sons,
but you brought your scourges down on me.

I led you from slavery to freedom
and drowned your captors in the sea,
but you handed me over to your high priests.

I opened the sea before you,
but you opened my side with a spear.

I led you on your way in a pillar of cloud,
but you led me to Pilate’s court.

I bore you up with manna in the desert,
but you struck me down and scourged me.

I gave you saving water from the rock,
but you gave me gall and vinegar to drink.

For you I struck down the kings of Canaan.
but you struck my head with a reed.

I gave you a royal scepter,
but you gave me a crown of thorns.

I raised you to the height of majesty,
but you have raised me high on a cross.
My people, what have I done to you?
How have I offended you? Answer me!

Holy is God!
Holy is God!
Holy and strong!
Holy and strong!
Holy immortal One, have mercy on us.
Holy immortal One, have mercy on us
Dear Jesus,
Forgive us our sins , it is for all our sins and the sins of the world, that have put you on the cross. Forgive us for we do not know what we are doing. Please turn our hearts toward you and may we never forget your sacrifice that was paid for our lives. AMEN. 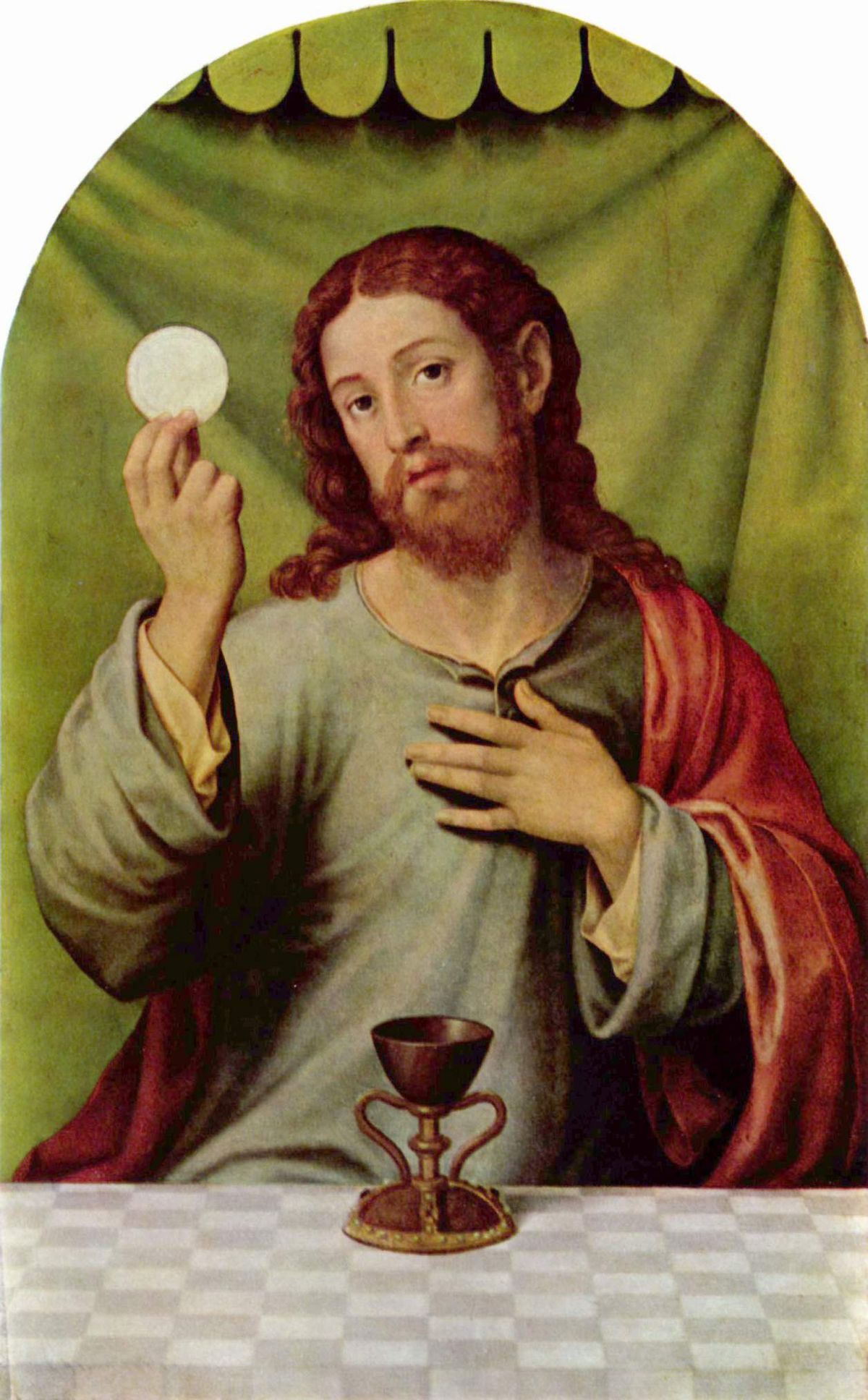 Many non-Catholics do not understand the Mass. They say that the Mass is a “jumble of medieval superstitions.” That it’s steeped in tradition which is irrelevant for today’s world, that it no longer fits in, that it’s boring, that it’s a waste of time.

Well!!!!!!!!!! If investing in their salvation is a waste of time, they are gambling at high stakes . What if they’re wrong? 50/50% right or wrong!! Too high the risk, too high the FEMO (fear of missing out) for me. Let’s look at what the authority says….

“At the Last Supper, on the night he was betrayed, our Savior instituted the Eucharistic Sacrifice of his Body and Blood. He did this in order to perpetuate the sacrifice of the cross throughout the centuries until he should come again, and so to entrust to his beloved spouse, the Church, a memorial of his death and resurrection: a sacrament of love, a sign of unity, a bond of charity, a paschal banquet in which Christ is consumed, the mind is filled with grace, and a pledge of future glory is given to us” (Sacrosanctum Concilium 47).

Jesus’ final night with his disciples. Turning to the text, we read, “And he took bread, and when he had given thanks he broke it and gave it to them, saying, ‘This is my body which is given for you. Do this in remembrance of me’” (Luke 22:19).

The Catholic Church does not teach that the Mass is a re-crucifixion of Christ, who does not suffer and die again in the Mass and thus commemorates the sacrifice of the cross, reenacts it symbolically and mystically, and applies the fruits of Christ’s death upon the cross to individual human souls.

The Catholic Church specifically says Christ does not die again—his death is once for all. Through his intercessory ministry in heaven and through the Mass, Jesus continues to offer himself to his Father as a living sacrifice, and he does so in what the Church specifically states is “an unbloody manner”—one that does not involve a new crucifixion.

Note that Jesus gave us an order, that was, to do it in memory of Him, because in doing so we are giving glory to HIM. We are telling the enemy that Jesus is the one who saves not Satan! Jesus paid a ransom for our lives, Jesus quashed death once and for all. Through the mass we are making a strong statement to Satan, telling him that we belong to the body of Christ. We are Jesus’. That Satan has no power over us. Jesus has won the battle and that we are HIS.  By eating and drinking Jesus’ body in communion with Him, we are becoming the body of Christ.

There are miracles attributed to the body of Christ, where Jesus gives us evidence (please see previous posts) click here  https://fathergodlovesyou.com/2016/04/20/bleeding-host-miracle-under-investigation/

So, if you want to align yourself with the one who died to know you, who died to save you, who died to redeem you, who died to exalt you and to spare you from eternal damnation, then the mass becomes a time when God gives grace and favour, where we obtain protection from the evil one. So the mass then should be a time to give back to Jesus for the most beautiful unselfish act of love one could offer you – HIS LIFE.

Thomas Aquinas wrote the words to this ancient hymn.

The words of Our Lord in the diary are very clear, Jesus said, “I want the image to be solemnly blessed on the first Sunday after Easter, and I want it to be venerated publicly so that every soul may know about it. By means of the Image I shall be granting many graces to souls; so let every soul have access to it.” (Diary 341, 570) The Image should be placed in the church so that everyone can see it, perhaps in the sanctuary area and at all the masses on that day so that everyone may venerate and know about it and come to trust in the Lord.

A TIME OF PRAYER, REPENTANCE AND VENERATION TO OUR SAVIOUR JESUS CHRIST