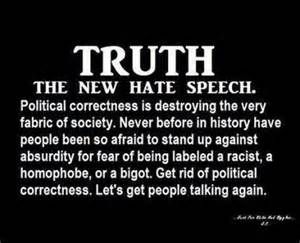 In this day and age, whenever one makes a moral argument about something the tag of discrimination goes up. People who have right wing, conservative politics and bring up bible truths and laws instituted by Jesus Christ, get called old fashioned, xenophobic, misogynistic, racist and uncaring. The leftist argument is that Jesus cared for all people, that He didn’t discriminate. But Jesus also made us aware of SIN. His laws are found in the New Testament, they serve as a guide to living. Isn’t that the reason Father-God sent him to us?

In the New Testament, Jesus gives us laws about family, marriage, birth and death, abortion, gender, etc…. Jesus was not concerned with political correctness, He was concerned with justice and fairness, law and order avoiding SIN for salvation.  Upholders of moral, conservative, right wing views are now the recipients of censorship and oppression of free speech rights. Is this what progress looks like? Well, I say it’s going backwards.

Milo Yiannopoulos a right wing, gay, catholic, activist, highlights this and although I don’t agree with everything he says, makes some very good points here. He is a perfect example of one who is misreported, discriminated upon by losing his job, and told that he is inciting violence for expressing his truth as he sees it. Never mind that he has sold out shows wherever he goes, especially in Australia and that he speaks what most are too afraid to say. Check it out below

Germaine Greer and the interview she gave to a BBC reporter who is very provocative and trying to trip her up, is appalling.  This shows exactly the oppression and discrimination we are facing today. Then Germaine Greer does not receive her honorary doctorate because of her transgender views even though she gives scientific factual arguments to support them. What a lot of rubbish!!!!!!!

This is exactly what Jesus had to endure, because He was different, because He was testing the Pharisees and their laws, He was rejected. Jesus came to give them a new way to live, a way to salvation which is through Him. The Pharisees couldn’t fathom a different way of living so they hated and persecuted Jesus. Well, nothing has changed, we still have Pharisees amongst us. Christians are being persecuted today for their beliefs, it might be covert in the western world but it’s happening around us.

I can’t understand why I can’t practise my religion without having to justify it. Christianity is what has formed many countries of the world and it’s on the rise in China and South Korea. Some of THE TOP CHARITABLE ORGANISATIONS ARE CHRISTIANS eg…

I can’t understand why conservative, right wing views have to be justified when much of what is spoken of are set as laws which have held us in good stead for centuries. If you look at societies today, can we believe that we have progressed when we have more violence, more censorship, more oppression of christians, more slavery, more poverty, more suicide especially amongst men, than ever before????????????????

I leave you with a prayer, let me know what you think and if you have felt like this.

8 thoughts on “Oppression of what is truth and moral”